One of my favorite hobbies is art, and thankfully, there is no shortage of space to practice it in the Sycamore House. I have been drawing and painting infrequently for a few years now, and I figure I would share some of my past work here, with a short explanation of the process and subject. 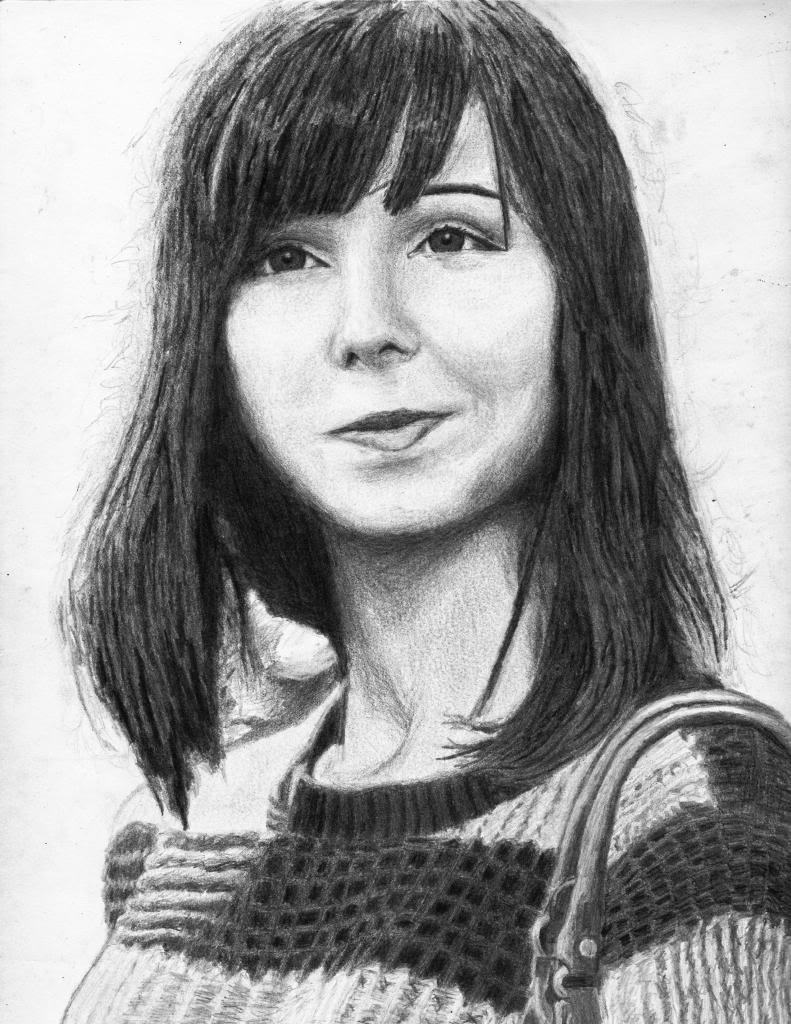 One of my earliest drawings, a graphite depiction of a Russian woman when I first began to study the discipline and dip my toes into portraiture and drawing. At this point, I did not have as many grades of graphite and the highest was 6B, so the contrast suffered a bit for lack of dark darks. The lack of blending tools also hurt the work a bit. However, I think I depicted the texture of the sweater and the vinyl of the purse handle quite well. 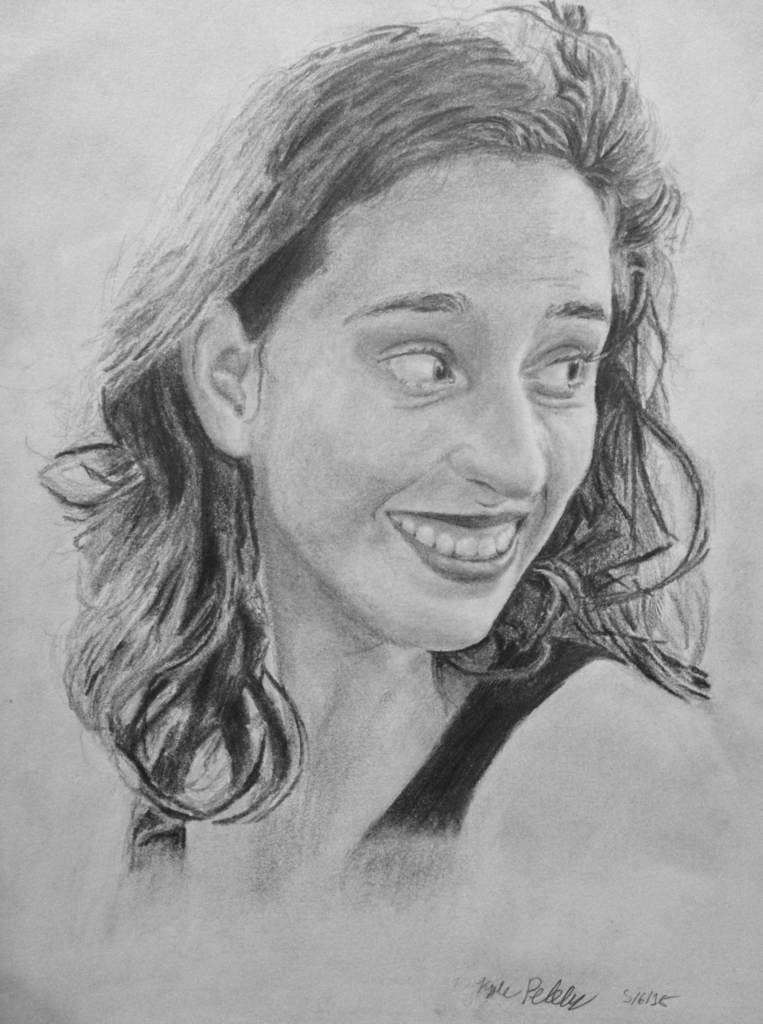 This is a portrait of a classmate from community college, Liza Pevzner. I caught a candid expression on her face and thought it would be a good way to work on expressions. A deep, wide smile which creases the cheeks, pulls the nostrils up, and wrinkles underneath the eyes. With better tools like darker graphite (9B) and cheap blending tortillons, I was able to polish this portrait better. 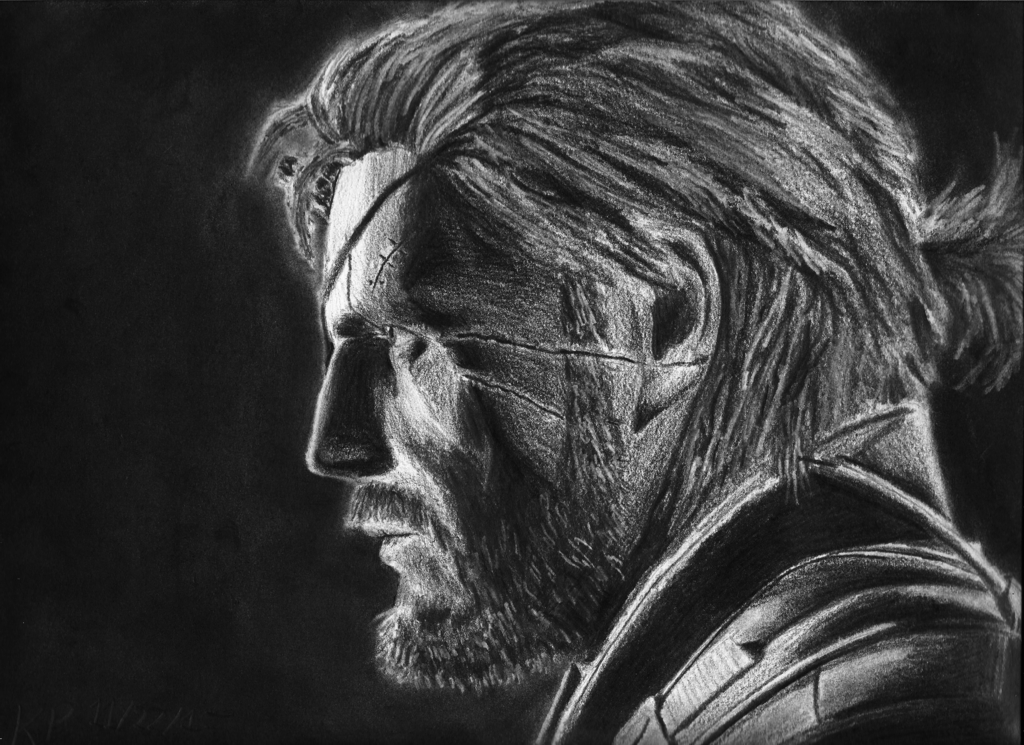 This is a drawing of a video game character named “Venom Snake,” a pseudonym for a mercenary captain in the Metal Gear Solid series directed by Hideo Kojima. I bought an electric eraser and used it for the first time as well as graphite powder. I did a basic outline with 5H graphite as usual, filled in some with 3B, then applied graphite powder around the outline to create an extremely dark background, which proved to be an excellent and perhaps striking contrast when I used the electric eraser to pull white highlights from areas like the beard and nose. 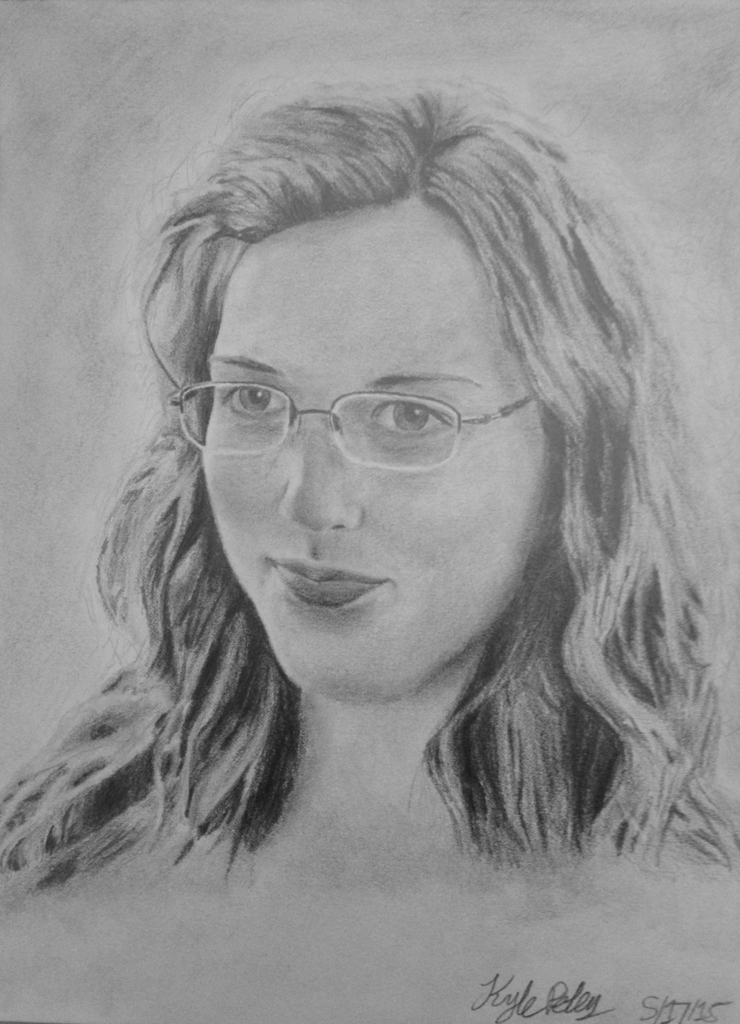 A more ‘run of the mill’ portrait which I no longer possess because I gave it to the subject herself. This portrait is of a classmate of mine in community college named Jacquelyn Wrobel. I was told that I captured her expression and demeanor quite well, by herself and the others who knew her. 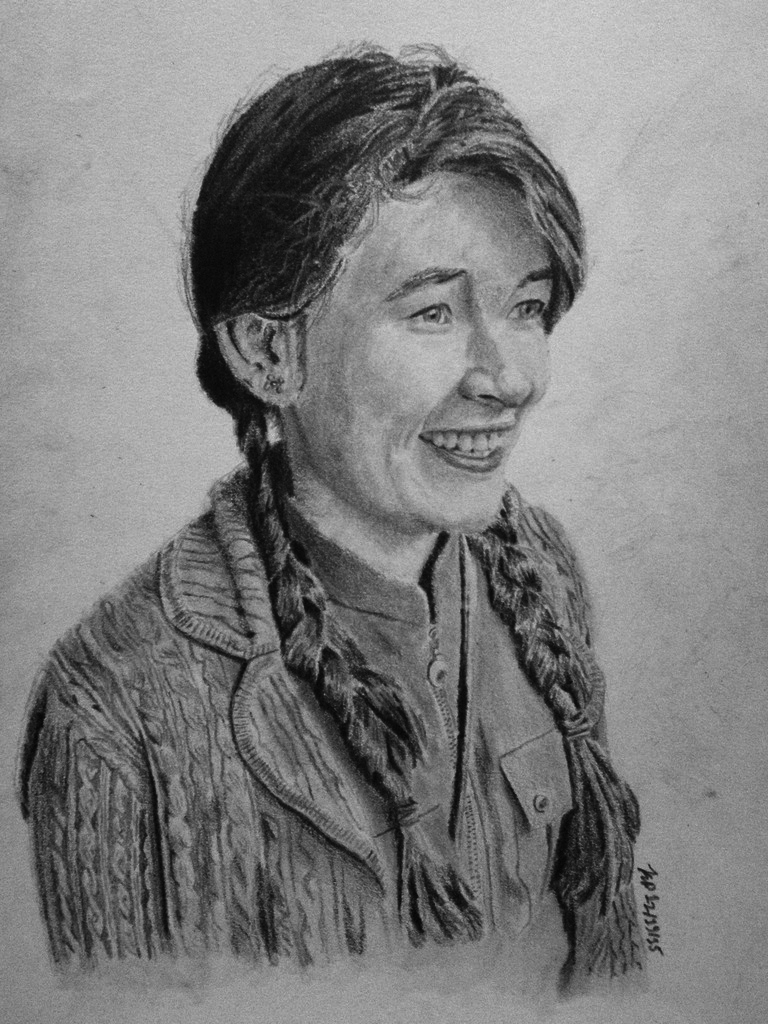 One of a series of seven portraits of members of the same family. Veronica Fealy, the sister of a classmate I knew in community college (noticing a theme?). I managed to do much more serious detail work here, in texturing the jacket, braids, and wisps of hair as well as the expression and light playing on her skin, especially near the mouth. 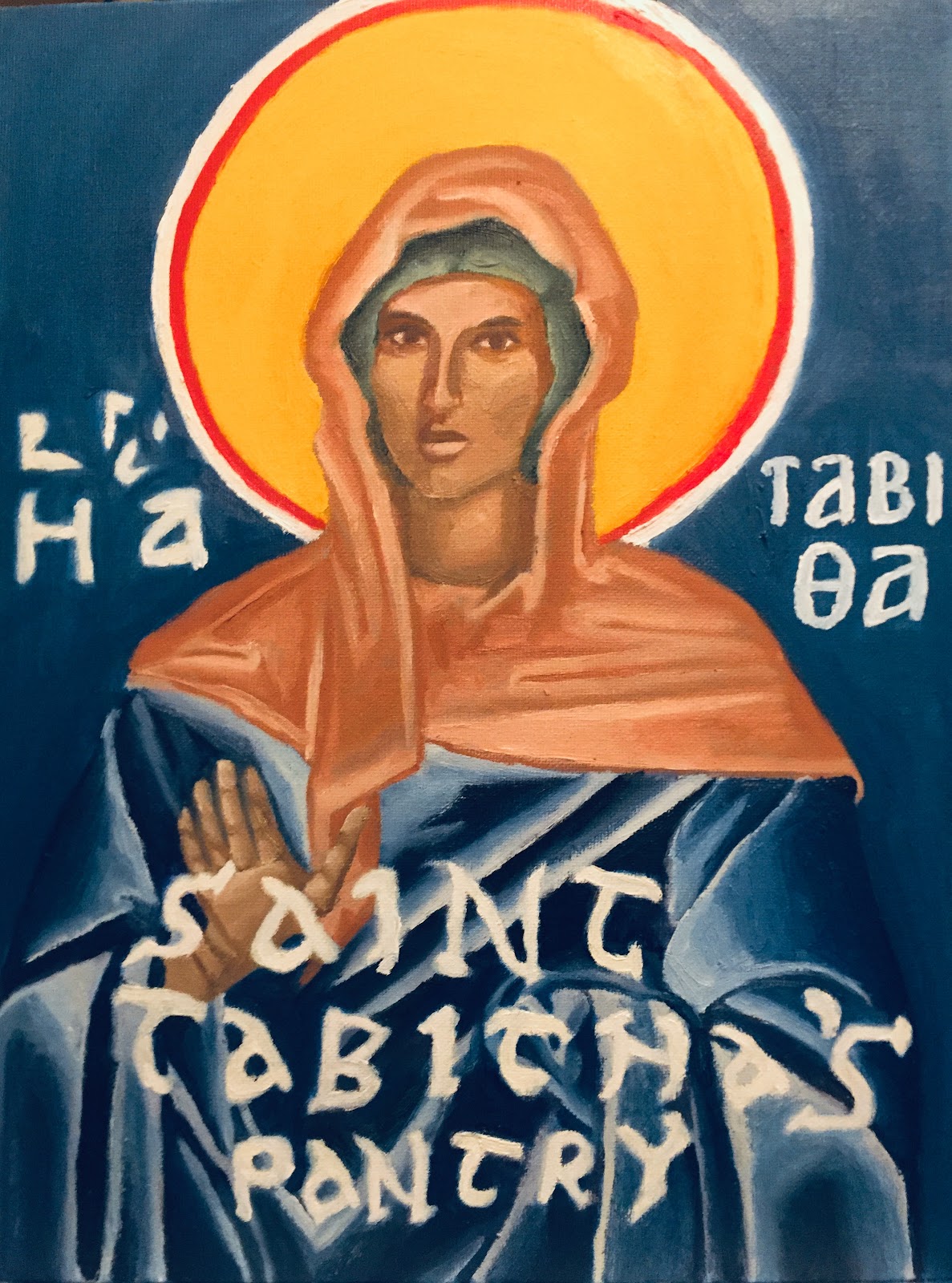 Lastly, should greyscale portraits become stale to the reader, here is my most recent painting. This is oil on canvas, finished in 2019 on commission for Emily Hyburg, director of The Belfry Lutheran-Episcopal house in Davis, CA. The subject is Saint Tabitha, and as one can read, is meant for The Belfry’s pantry program. I drew influence from Eastern Orthodox/Catholic artwork and iconography with relatively stark palettes and direct expression from Tabitha herself, though put my own spin on it with (non-liturgically correct) oil paint and an original facial structure and color scheme.

I hope this has been an enjoyable viewing experience. This is only a partial sampling of my portfolio for the sake of brevity. As one can tell, most of the progression in my skill has been in simple technique rather than pioneering subject matter. Originality and imagination is truly only an abstraction of memory and pattern-recombination, such that I will need to have done far, far more work than I currently do (with a meager 30 portraits to my name) in order to start making up faces and people wholesale without reference.

One thought on “A Sample of Kyle’s Portfolio”